Yunnan coffee - is it enemy of tea?

Probably some of you know I love coffee, and I've told my story about how I started drinking coffee.

Last time when I bought some arbor tree green tea from Yunnan (which, by the way, is great! and I will write about it later), the seller told me they had coffee too. I had always been curious about Yunnan coffee. In supermarkets of Beijing, coffee products are not yet common, and most of them are imported. So by that time, I hadn't got a chance to taste Yunnan coffee yet. Therefore, I bought some Yunnan small-grain arabica coffee beans with my tea :-D 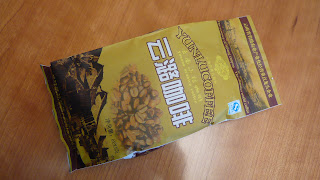 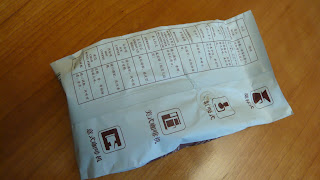 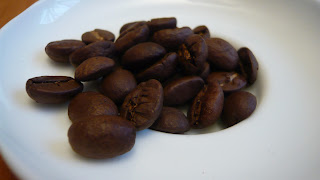 It's not bad at all. The taste is strong, not has as much "kick" as the coffee we got from Guatemala, but overall is quite ok. If not counting most of the Chinese consumers of Starbucks who enjoyed the environment of a cafe more than coffee itself, consumers of coffee are still very few in China. But a blank market often means a market with great potential to grow. In recent years, more and more people are talking about coffee cultivation in Yunnan. Many people believe Yunnan is very suitable for coffee cultivation, and many people believe coffee would be more profitable than a lot of other cultivations in Yunnan.

In fact, it has happened in some regions of Yunnan where farmers chopped down tea trees to convert the fields into coffee plantations. Traditionally, Yunnan teas has been the least expensive ones among Chinese teas, and tea has been very inexpensive within Yunnan. But coffee is foreign, novel, fancy, and supposedly expensive. In recent years, the rapid increase in Yunnan tea prices somewhat reversed the trend. But in the long run, coffee cultivation still seems more profitable than tea cultivation.

So, is coffee a threat to Yunnan tea? First of all, I hope not. And secondly, I don't believe coffee is a large threat to tea. And here are some of my thoughts about why.

1. From what I've learned about coffee, good coffee requires good ecosystem. Such requirement is consistent with that of good tea cultivation. In this sense, coffee and tea are not enemies of each other. At certain point, coffee may take away some agricultural fields from tea. But I don't believe it will turn tea cultivation upside down.

2. In Yunnan, threats to tea exist. Some of them are very bad, and could potentially be threats to both tea and coffee.

Rubber tree plantation is one of the worst. Rubber tree (that produces raw material of industrial rubber) is fast growing and highly profitable. Nowadays in Yunnan, many people know that if you pass by a village surrounded by rubber tree forests, then you know this village is rich, or is going to be very, very rich in near future. Many people are highly motivated to convert hundreds of acres of fields into rubber tree forests, and there is a whole industry behind it, urging/enticing people to do it. There are quite a few detrimental effects of rubber tree plantation. First of all, it ruins the soil and make it unsuitable to grow anything with delicate flavors, such as tea and coffee. Secondly, it's typical industrialized monoculture and destroys the biodiversity of the ecosystem. The consequence is what people would call "green desert" - a poor ecosystem with pretty much of nothing by one type of plants. Thirdly, because of its monoculture, it will require heavy use of pesticide. And because rubber is not food material, use of pesticide is quite loose on it, and much worse than in regular crops. On the other hand, tea and coffee usually have the most strict regulations in pesticide use among all food materials.

Besides rubber tree forests, paper industry is another great potential threat to the ecosystem. In the past decades, large international corporations have expanded their fast growing eucalyptus forests, another type of "green desert", in southeastern Asia. Eucalyptus is a native economic tree species in Southeastern Asia, and has unique values when blended nicely with the rest of the ecosystem. But the paper companies are interested in creating large areas of monoculture of eucalyptus. This does not only have many detrimental effects similar to those caused by rubber tree forests, but also changes local climate. Many tea drinkers, especially puerh lovers, are familiar with the 2010 drought disaster. In fact, 2010 was only the worst year, and drought is becoming a repetitive phenomenon in some regions of Yunnan. Many scientists believe climate change caused by fast growing eucalyptus monoculture is the single leading cause of the drought of Yunnan.

Now I realize this is too much to think over a cup of coffee! :-p

But in general, I feel coffee and tea are never enemies to each other, although sometimes tea people and coffee people like to tease each other :-) Personally I see food and drink as some of the most important things in my life. Love of food and drink is deeply rooted in Chinese culture and many other traditional cultures. Currently, Yunnan and the rest of China are facing great challenges of agriculture and food safety. On top of all other problems, Monsanto has been permeating into China and has been more active in China in recent years - I'm worried this could become a bigger problem than most of the already existing ones, yet many Chinese people aren't even aware of what Monsanto is. With all these problems and challenges, I feel a lot of our hope is on people's love of food and drink. If we refuse to compromise with industrially made inferior food products, if we keep demanding high quality tea, coffee, fresh fruits and fresh eggs, if we don't allow junk food to ruin the taste of our next generation, then we are probably helping with some of the problems of the world. In this sense, coffee and tea are not enemies, but allies!
at 2:54 PM

I've heard that Starbucks is growing coffee in Yunnan. They plan to harvest in six years, thre years down, three more to go.

This is interesting, I've read that the high price of coffee in Central America, relative to tea, is the reason that places like regions of Guatemala suitable for growing tea generally do not grow tea.

I also have read about how horrible rubber tree and eucalyptus tree plantations are for the environment.

In general, monocultures are terrible, but the tea forests of Yunnan, from the pictures I've seen, are hardly monocultures, they are whole ecosystems. The problem is not the specific crops, the problem is the model and methods. Both tea and coffee can be cultivated in destructive monocultures, or they can be cultivated in ecologically-friendly ways, like seen in the ancient methods used in parts of Yunnan, or modern methods developed by gardens like Makaibari estate.

I think a sad fact is, tea and coffee's quality would be significantly lowered when cultivated densely in the monoculture mode, while rubber tree and paper industry eucalyptus are not affected in this way. So there is almost no incentive for companies to grow them in eco-friendly way. It's also very sad that some regions in Yunnan with very old arbor tea trees are perfect for rubber tree plantations. If we see the future in a very dark way, a lot of the ancient arbor trees would be replaced by rubber tree, and the rest would survive poorly in a climate ruined by paper industry. But I hope things will work out much better than this!