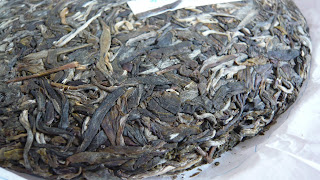 This is The puerh sheng that I fell in love with last year. Well, love should be examined through time. So I don't know yet if it's impulsive love. But this is the tea that got me excited, made me cry and brought poems to my mind :D

I logged about this tea on Steepster last year. And yeah I sounded very excited :D

To me, this is a Concept Tea, not just because I love it, but also because it's a good representative of a recent year trend - reputable small producers making blended tea with ancient arbor leaves from different regions.

But eventually, there have been more and more small producers (or medium-sized producers, if compared with the tiny small ones) making blended ancient arbor puerh as their flagship products. The rationales, as I guess, are:
1. The product is more unique due to its blending formula
2. There is more fun of creation in the process of exploring what leaf materials best compromise and complement each other. And hopefully, this will benefit the long-term aging of the tea - which is not examined through time yet.
3. Such products are less impacted by regional price fluctuation of puerh raw leaf materials - such price fluctuation is sometimes manipulated or directly caused by large factories, and has been a big headache in recent years to almost all small producers.

The name of this 2010 product is Flowing Water (I love even its name!). It's not meant to reflect the tea itself, but a name to couple a shu product made in 2010 by the same producer (Yi Ru Chang) , which is named Beautiful Years. Chinese people often say, beautiful years flow away like water. It's like a particular Chinese view of life. And of course it fits the style of puerh very well! 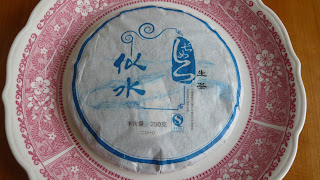 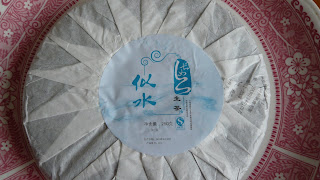 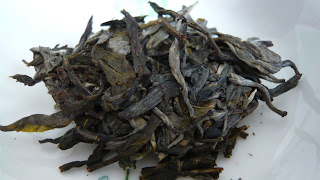 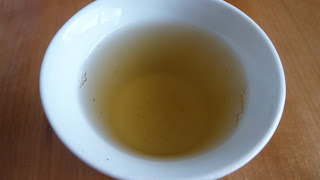 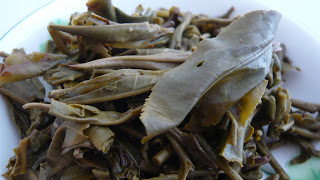 What I think most striking about this tea is its unique aroma. The aroma has factors of floral, grass, honey, sugary... but is not like anything I had before. Besides, as a new sheng, it has surprisingly low bitterness and astringency. But I have high tolerant of bitterness and astringency. So probably the tea has both of the two flavors but they disappear so fast that I don't feel much of them. Its aroma is also very long lasting, both in terms of aftertaste and in terms of how many infusions it lasts.

So, this is my love! I didn't get a lot of this tea though. There are a few reasons, one being that I have no idea about how it will develop in future years. The aroma in the front taste is what I love the most about this tea. But in my limited experience, I have the impression that front taste aroma tends to disappear the fastest in aging. The aged sheng that I love has nice aftertaste aroma well maintained (or appearing through aging). But I don't recall having any older aged sheng (or oolong, or white tea) with prominent front taste uprising aroma. Chemically, the fragrant molecules are small ones that will escape over time. As you know, sometimes passionate love is ephemeral!

Besides, I feel I haven't tasted this tea enough to fully understand it. Ever since I got it, I drink it once or twice a month. It feels quite smooth and not harsh at all. But after all it's a new sheng. I never got ill effects from drinking a lot of new sheng (partially because I don't drink a lot of new sheng to begin with), but as I don't have the strongest stomach, I believe I should be careful. It's probably largely psychological. Now with 2011 tea season starting, I somewhat feel more comfortable to have this 2010 tea more often. But before 2011, I held myself from having too much of it. However much I love this tea, I've reached an age to love my health more than anything else :-p
at 10:51 AM

I can understand your doubts how a young sheng that is do pleasant and balanced now will develop over time. Especially since they often say that it's the harsh and nasty ones that will age best. I had a similar experience with a 2010 sheng ... wouldn't it be bound to be a dissapointment in a few years? Still, I have decided to find out! (Not with huge quantities, to be sure)

A lot will probably depend on the storage. I would imagine dry storage to be more adequate, while those harsh ones will probably develop well only in fairly humid conditions - any experience on that?

About harsh and nasty ones may age the best - the potential problem is we can't know instantly, and it will be really terrible if the nasty ones don't turn good after some years :-p

I don't have much idea about aging puerh. I still hope this can be done by professionals who will sell aged tea for reasonable prices, so that the rest of us don't have to worry about aging tea ourselves. But the aged tea will be affordable only when there is a lot of aged tea available in market.

Some people hold a theory that, the current aged tea a few decades old (or older) are basically the less tasty tea decades earlier, and the tastier tea at that time was already consumed by people. I think it's a very interesting theory. It may not be true, but it's very hard to prove it false :-p

I left a comment here yesterday and it has disappeared, due to server construction I think. Ah!!!