tea for drinking and tea for collection 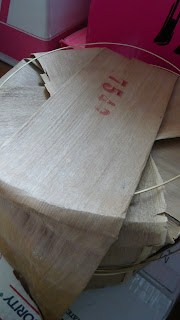 Extra notes: Just because a tea has a wrapper that looks the same as this one, it does NOT necessarily mean it is the same tea. Due to the chaotic system of CNNP, I myself have quite a few teas of this same wrapper (such as the two mentioned here) and I'm sure you would see many more out there. They could be completely different.

Here, "collection" specifically refers to the investment kind of collection. Ideally, we would like to have puerh that's both tasty for drinking and of collection value - not that each drinker plans to sell it in the future, but it doesn't hurt if it could be exchanged for cash at ay time in the future. I guess most drinkers take puerh for drinking and not for collection. I also believe it's not practical for most tea drinkers to take puerh as an investment, which I will explain later in this post.

I should also mention that I'm not a puerh collector and don't plan to be one, because, it's too much work... to be a collector, you've got to be an expert of the tea, the storage, market prediction, investment mentality... all of these fields! So the points about tea collection discussed here stay at a very basic level.

The conversation about tea for drinking and tea for collection was triggered by a question from a tea friend. Recently a tea friend asked me that besides the supplier's information, if there is something in the tea package of my 1998 7542 that indicates it's from Menghai Factory and not any other CNNP factory. I've got quite a few similar questions in the past, and have to admit that I didn't bother to answer each of them, especially on online tea forums. You can't possibly attend to every question, and I would always give priority to more personal communications.

Now back to my friend's question, is there something in the tea package that indicates the origin of the tea? Actually there isn't much, and that's basically why this 1998 tea is less expensive than most pre-2005 Dayi sheng with Dayi trademark.

However, indeed there are small marks here and there showing the origin of this tea. I don't think my supplier determined this tea is 7542 just by tasting and leaf anatomy - I don't believe 7542 has the so-called consistent anatomy throughout years, and my supplier is not one of those fairy men who can taste-distinguish everything. Generally speaking, CNNP had a lot of products from different factories of similar packaging, as described in an earlier blog post here. One of the tea showed in that post is his 7542, and another one with almost identical wrapper is something completely different. For many of these products, the only way to separate one from another from the outlook is not by the tea packaging itself, but by the packaging of tongs and big boxes (or bamboo buckets). This tea has a "big ticket" (ticket for each big box of jian, or 42 tea cakes) of Menghai Factory, which I didn't get. By the time I put my hands on this tea, there wasn't a whole box for me. The bamboo tong also has a 7542 stamp on it, which I took a photo to send to my friend. For those of you who have been wondering it, you've got to forgive me for not showing the photo earlier. I really don't think a photo of a stamp means a whole lot. I could easily visualize an artist friend of mine could carve an identical stamp out of a potato with a kitchen knife ;-) For the same reason, I didn't bother to save a photo of the jian ticket from the supplier - that cheap-looking printing from state-owned era... one could make a much "authentic-looking" one if one really means to fake one.

Then why would I trust that my supplier didn't fake his jian ticket and didn't stamp every tong with a potato stamp? To me it wasn't a hard judgment. First of all I've known this supplier for years and got some nice teas from him. Secondly, just by common sense, he didn't sell this tea for any price more than a good dry-stored 10-year-old sheng that doesn't have a 7542 title. Basically, this tea is mostly sold to people who buy tea to drink, and not tea collectors, because savvy collectors of Dayi puerh would take tea with well-documented packaging and/or trademarks only.

So this tea, and a bunch of other pre-2000 CNNP teas, are examples that demonstrate the difference between tea for drinking and tea for collection. Last year, in my conversation with an experienced puerh collector, he pointed out another consideration that tea collectors may want to keep in mind.

For large factory teas with mark numbers, such as 7542, 7262, etc., this experienced collector suggested to choose the first batch of a year (such as 801 from 2008) over a later batch of a year (such as 808 from 2008). At the beginning, I was a little confused, "aren't 801 batch and 808 batch supposed to be pretty much the same?" He said, "technically speaking, they are either same or almost same." Then I was even more confused and wondered why one would choose 801 over 808 then. He explained to me that, for collectors, they have to consider that 10 or 20 years down the road. Most people in the next generation may not have a clue how many batches were issued back in 2009, 2008, 2007... Then everybody will know there is the first batch each year (such as 901) but can't be sure if an eighth batch was even issued in a specific year. Then you can probably imagine, even if you get some good 7542 808, 20 years down the road, some tea expert would say, "hmm... I'm pretty sure there wasn't a 808 batch in that year. So this tea can't be authentic!" An expert's thought of whether a batch was really issued in a specific tea would be a legitimate concern. The problem is many puerh experts would be very sure of things that they shouldn't be sure of, and 20 years down the road, most puerh drinkers and collectors might be quite clueless of such kind of trivial and could only turn to their puerh experts for decisions. You can also imagine that soon after the experts' comment on the batch number, there would probably be some semi-experts commenting that even without the factor of the batch number, just the leaves of the tea don't look right... None of this will affect your tea for drinking. But if you've collected the tea as an investment, then you may have some trouble dealing with the market perspectives of your tea.

What my friend said may also somewhat explain why in recent years, the first batch of many Dayi new products are slightly more expensive than latter batches of the same product in the retail market.

And why I don't believe it's practical for most tea drinkers to take puerh as investment - it's about investment only, and none of this should discourage people from collection for their own future drinking:

1. It's estimated that more than 80% puerh in storage is ruined in storage, sooner or later. There is no real data behind it, but it sounds reasonable. Twenty years of successful storage plus one accident is equivalent to a complete failure. Accident happens and we can't win every battle in peurh storage. But usually one can afford losing a few battles. It would be a much bigger heartache though (and hole on saving account), if it's part of a big investment.

2. Many puerh professionals believe professional level storage requires tea to be stored in whole big boxes (jian) and there should be many boxes of tea stored together. This is usually hard to achieve for most individual tea drinkers. There are some theories about whole boxes make tea storage better. It's hard to test them though. For example, would it really deviate from the "gold standard" if you store 42 cakes of various sheng in a box rather than storing an original jian of 42 same cakes? But in reality, indeed, whole boxes of tea are more liquidable than scattered tongs or cakes. Collecting whole boxes of tea is not practical to most tea drinkers and is somewhat restricted to people with more disposable incomes.

It would be a different topic about storing tea for personal drinking in the years to come. There have been many good discussions on strategies of family tea storage, and some very elegant examples of "pumidor" like this one. For people who don't have much isolated space to store tea, and for people like me who are too clumsy to build anything, here is one tip I got from a puerh professional. He said, "if you have a tiny storage room on the first floor of your house under the staircase, it might be perfect for tea storage." This guy runs large puerh storage warehouses in both Guangzhou and Kunming (both dry storage). He doesn't need to store a lot of tea at home. But I have to say, in any given space, he is fast at recognizing corners suitable for tea storage!
at 3:33 PM

Great blog! When I was beginning with pu erh I always imagined, that one day I will be able to sell something I archived :-D Now I know it is nearly impossible to sell anything old for a simple tea lover. You need to have reputation and trust of your customers. Also.. lot of people like to drink promises and names.. and not the real tea..

Thanks Branislav! A good personal tea storage is a great fortune anyway. It may save you a lot of money in the future and it's priceless to have some aged tea that may not be seen in the market at all 10-20 years later!

That is beyond problematic. Tea, like anything else, depends on proper package, and for them to fail that ruins the whole deal, especially for a beverage that can be utilized in any context, by their very social value.

Dear Kevin, if there are great teas that are cheaper due to poor packaging, throw them all the way to my direction. I don't drink the package anyway :-p