Unlike the blog sales in previous years, this time, no green tea... well, maybe one or two. I have plenty of green tea to drink, but not much "exotic" to share in a blog sale :-p

Shipping is $4 flat for US, $7 flat for Canada, shipping to be estimated for other countries.

All prices are lower than market prices and not correlated with our web store prices.


All pictures can be clicked to enlarge.


This blog sale will be updated over the week and weekend with more items. Things in plan include some hei cha, some se zhong oolong, a few yixing teacups and some free stuff. Generally things not commonly seen, not even routinely seen at Life in Teacup ;-)

Since I'm wordy and have to give all the blah blah blah along the sale, this post is going to be long! So the latter part of the sale will be put on a later blog post.


1. A couple of tea posters available to United States addressees only (due to the bulky shape). All other items are internationally available.

There are two types. Three copies are available for each type. The posters are all 60cm x 90cm (about 2' x 3'). The rims of the posters are slightly creased in previous shipping but there is no obvious damage and generally doesn't affect the outlook.

$ each poster and $ for two posters shipped together. The price includes shipping by priority mail (because they supply the long tube boxes suitable for the poster).

These are some samples I ordered when planning to carry some "tea education" stuff in Life in Teacup. But I've decided not to deal with them as they are too bulky to handle if you don't want to fold them.

The posters are not as educative as some of the great tea books. But they are nice to display, and interesting to watch from time to time. The printing is not to an artistic level, and is about the regular poster quality. 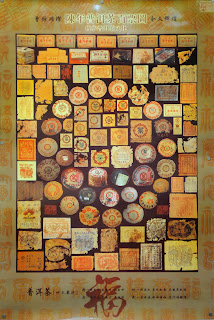 Taiwan Wu-Shing Books (the publisher of the magazine, The Art of Tea, which is the English version of Puerh and Teapot magazine) once issued a similar poster which I put below my two posters. Wu-Shing Books' poster is of higher quality and is more educative (and more expensive, as their other nice stuff). It has captions to explain the displays and group the images based on their backgrounds. This above-displayed poster looks more casual and has prettier image structure, in my opinion. I use it as a fancy display and think it looks nice.

Generally I'm not enthusiastic at learning about old puerh from either posters or books. It's pretty much like what Chinese say about "the skill of killing a dragon" - you could learn the skill, and then you will barely find any dragon for you to kill :-p So overall I like the poster and keep one for myself to display. But my suggestion is don't take it too seriously and just see it as a fancy display. If anybody has Wu-Shing version and no longer want it, I'm interested in buying it, Chinese version preferred but English version would be fine too :-)

The second poster is a yixing teapot poster. There are 100 yixing teapots. I would have been more educative if they are 100 most popular traditional styles, but I guess it would be hard to collect photos of all those historically important teapots (so far the only one who did it successfully was Gu Jingzhou in his yixing teapot book, which was put up in a previous blog sale and will put up for this blog sale in a few days). The teapots on this poster are all from modern famous yixing artists (including some dead ones and some living ones). Many of them are of traditional style or resemble traditional styles with some modern themes. 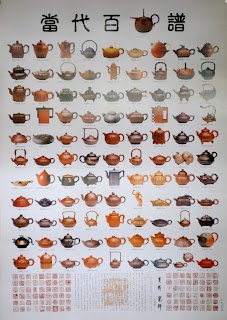 Below is the previously mentioned Wu-Shing Books posters. They are NOT mine and NOT those for sale.

If you like yixing teapot images and don't want a poster, this poker set is another option. It includes images of teapots both from modern time and from the old time. The print quality is very mediocre. It's the regular poker image quality.

It's of regular poker size. This poker set was published by China Poker Museum in 2012 (yeah I didn't know either there was a *poker* museum...) 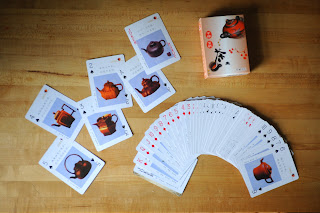 
3. Yixing picture book edited by Gu Jingzhou (you could call him the Godfather of yixing...). $, US media mail shipping included. The cake in the picture served as a paper weight and is not included in the sale :-p

The book is the same book as introduced in a previous blog sale. You can see the other post for introduction and why I think this book is probably the best yixing book ever. This time, the book is from the third print in Hong Kong in 1996. The previously introduced Taiwan first print was sold on my blog and Life in Teacup (and some copies were sold on ebay). Its price was raised later due to the increased supplying price. The books sold here (Hong Kong third print, I have two copies) are what I obtained this year. I got them for lower price because usually earlier prints of art books are more expensive than later prints. If putting the two books side by side, I somewhat think the Taiwan first print looks better than this Hong Kong third print. But the difference is rather small and I don't know if it's a "placebo effect" due to the price tag :-p The two books are all the same except for the cover and publisher page. I'm not optimistic for getting either print for the same price in future years. 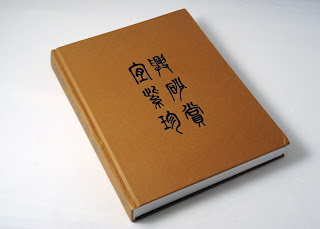 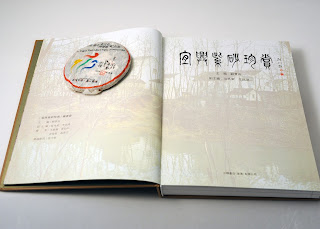 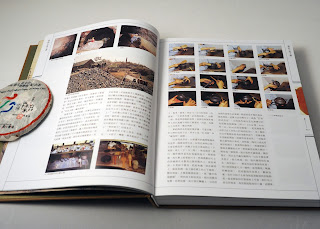 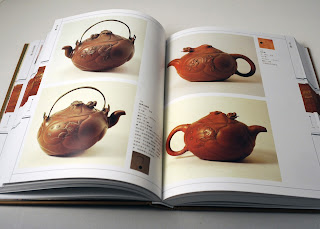 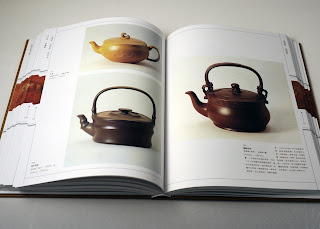 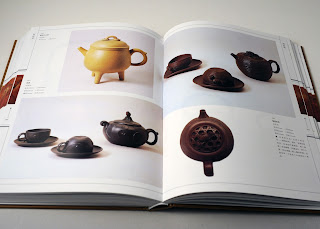 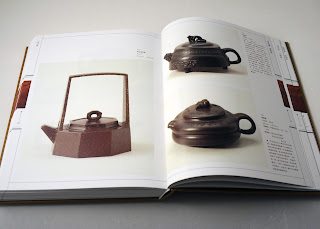 4. Zhu Ni yixing picture book - The World of Zhu Ni. $110, US media mail shipping included. This book is new. The rims of the hard shell might be dented a bit, but not severely. The side may bear some dust (but not obviously dirty). It may have some storage smell (but not as strong as that of Hong Kong humid storage puerh). It looks like this book slept in some basement warehouse for months when nobody wanted it. And now suddenly many people want it. Similar fate to that of the Gu Jingzhou yixing book.

This is one of the best Zhu Ni books and is named as one of the three "must-reads" by quite a few famous yixing collectors (I will introduce the other two books in future blog posts but I only have this one for sale). Its page size is smaller than the Gu Jingzhou yixing book. It's mostly composed of pictures too, so is nice for collectors from various language backgrounds. It has images of about 200 historically famous Zhu Ni teapots, including clear images of their seals.

The book was published by Taiwan Hu Zhong Tian Di (壺中天地）Publishing and Malaysia Purple Cane Enterprise (紫藤集團）, which are two of the most famous tea culture organizations in Asia. This book is the third edition published in 2011. The price at publication was NT. 1200 or RM. 150, roughly $45. Its current price in Asian market is around $80-100, depending on book conditions. And the earlier editions (first and second) are much more expensive.

Most of the pages with text are already showed in photos below. All the rest of the 180 or so pages are mostly pictures as showed in the fourth photo. 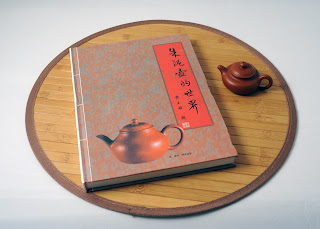 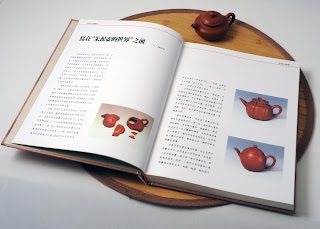 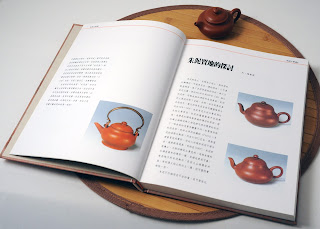 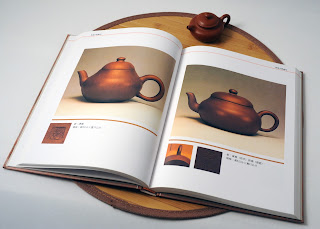 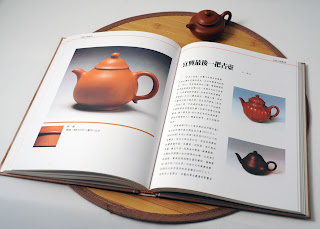 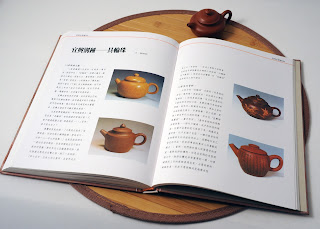 Height is 45mm, and diameter is 70mm. Each cup weighs about 6 oz. It's made by Xu Peng, whose Di Cao Qing teapots and other teapots are available at Life in Teacup. The clay used in the teacup is pretty much the same as that used for the teapots (color tone could be different due to variation of kilns and the shape and thickness of each vessel that respond slightly differently to kiln conditions; texture is generally the same).

The shape mimics a bamboo section and is very nice to grab. It's my favorite size to match with a small teapot so that a sharing pitcher can be omitted in gongfu style drinking. 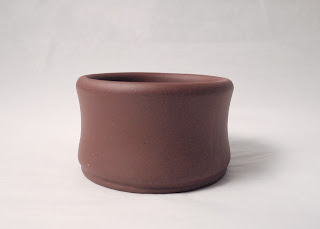 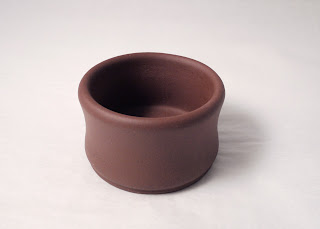 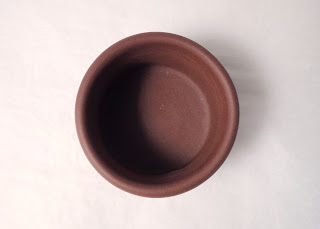 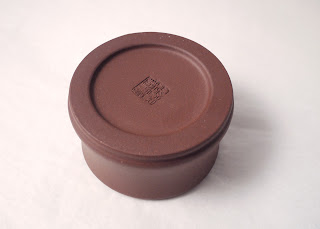 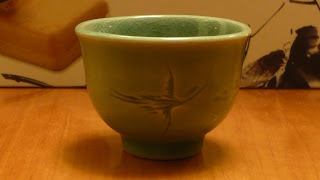 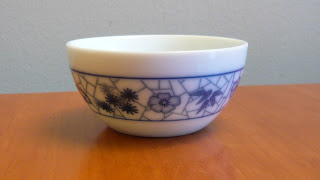 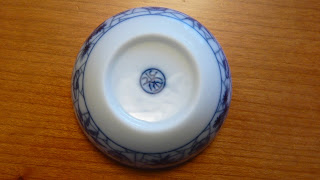 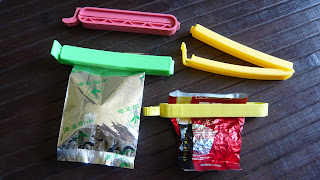 Teapot brush (no photo, it looks very much like a painting brush).

Puerh knife or needle (various types but generally all similar)

Teapot coaster - this is cheap stuff made of wood debris, similar to this one:

Starting from this year, suddenly everybody gave me a lot of these. They don't seem sturdy but could be useful to protect your yixing if you use a medal, stone or clay tea tray that could potentially hurt the bottom of yixing teapot. 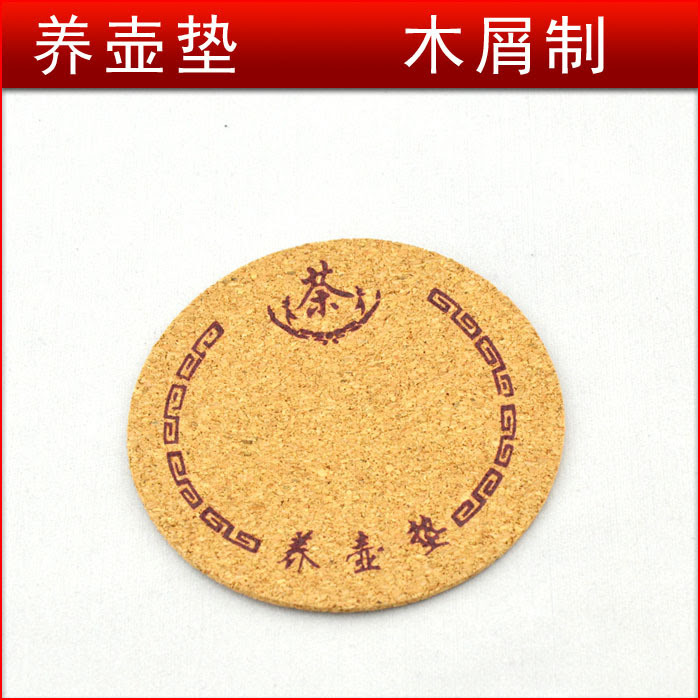