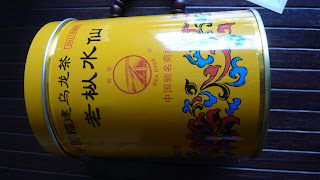 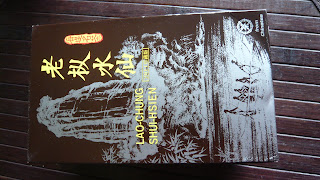 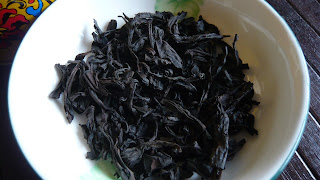 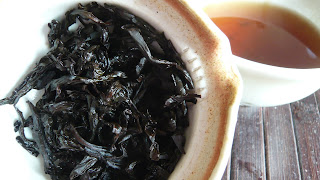 3. And here is an even bigger irony... around 2009, this "yellow can" caused some market hype. Suddenly, a lot of newer tea drinkers realized this tea was too good for its price. And therefore for some time, this tea was completely sold out in most places. Some dealers stocked up this tea and sold it for twice the official price in Northern Chinese cities like Beijing. This tea has 125g in a can. For 100 rmb per can, I would say, few producers can beat the price. After all, the state-owned larger factories can manage to have low operational costs that can hardly be matched by regular producers. But for 200 rmb per can, I don't think it's a good deal anymore. Yet this tea was still sold out fast at the high price. What does it mean? I guess, this tells us before "yellow can" was (re-)discovered, a lot of people in Northern China paid even higher prices for crappy yan cha.
at 7:13 PM

I just got a can of Shui Xian Sea Dyke off ebay for $20. I cant help but laugh everytime I say the name "Sea Dyke". ;)

the can is beautiful -- I would purchase the tea in order to collect the can.

I love a good Oolong tea, but I've never tried this one. I can't believe the price. That's amazing...I definitely need to get a can.