In the traditional nomenclature of Chinese teas, one popular way of naming a tea is putting its production region (often in 2-character format) in the front and then another two characters describing the tea. Above four names all follow this format. All the four names start with Qi Men (Keemun in English), which is their production regions, and is why I put them together here - they are all from the same region of Anhui province.

The second and the third are both red tea and therefore can be called with the first name, Qi Men Red Tea. However, they are given more specific names in order to describe their unique features. The second one has a leaf shape similar to Bi Luo Chun and therefore has "spiral" in its name. And the third has a leaf shape similar to Mao Feng tea (not really that similar though, I think).

The last one is a green tea, which is reflected in its name by "emerald". The leaves have rich silver tips, and hence the word "brow" in its name.

Keemun Red Tea. Keemun Aroma - the aroma from a typical Keemun Red Tea, is the benchmark I use to determine my personal preferences on many black/red teas. Although it's somewhat unique in Keemun, other red teas may have hints of it too. 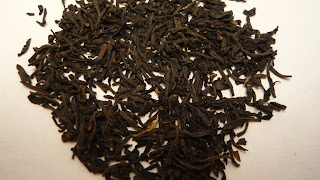 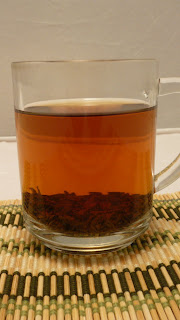 Keemun Aromatic Spiral. It's a relatively new variety, invented in 1997. It's made from very young leaves and harvest time is much earlier than that for traditional Keemun red tea. Here is my tea log about this tea on Steepster. 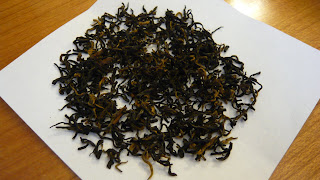 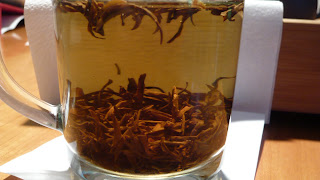 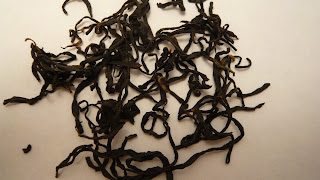 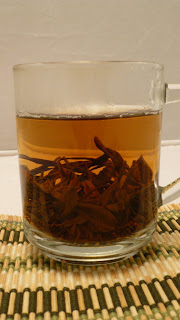 Keemun Emerald Brow.  This is one of the most beautiful-looking green teas I've seen. It looks similar to the more famous Jin Zhai Emerald Brow. The flavor is light but long lasting. I enjoy it very much. I don't know how this tea can ever stand out among the numerous great green teas of Anhui province. But I would love to have it more often for its beautiful leaves. 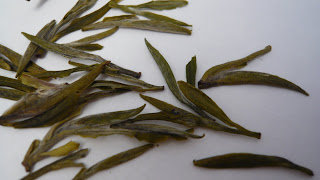 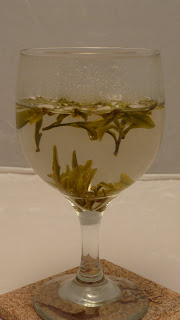 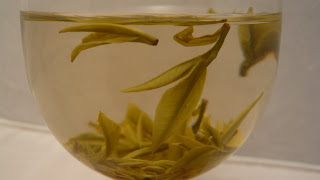