Personally I think this is the best 2009 charcoal roast Tie Guan Yin I've tasted. It's made by a group of tea professionals who have been working hard for years to revive the traditional Tie Guan Yin. Due to the change of tea tree materials in recent decades, they are not there yet. But they are closer and closer to the goal. 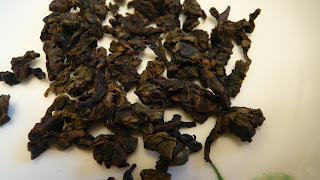 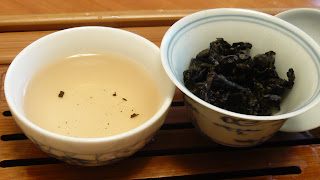 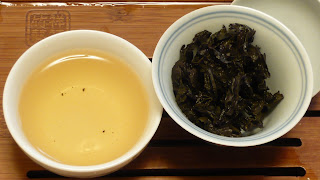 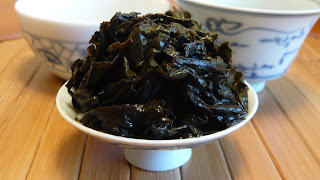 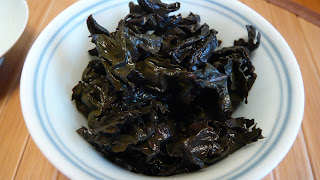 Anecdotally it is observed that many seasoned Tie Guan Yin drinkers tend to more and more prefer traditional style and charcoal roast tea. But these are just a small group of tea drinker, compared with the entire market. Some teas, including traditional Tie Guan Yin and other products, are appreciated more by tea professionals and seasoned tea drinkers, rather than by the entire tea drinker population. These teas are often called "Shi Fu Tea" (Shi Fu 師傅 meaning a skillful tea worker). I don't know how the market will finally respond to such "Shi Fu Tea". But I like traditional Tie Guan Yin very much and have found it more mellow to the stomach than modern style. So I hope these people keep their good work going!

(Small scale wholesale of this tea is available while supplies last.)
at 10:59 PM

Where is this oolong sourced out of?
Quality roasted TKY is hard to come by now days!
From ones that I have tasted, the fruity and toasty flavors work wonders together!

"Due to the change of tea tree materials in recent decades, they are not there yet. But they are closer and closer to the goal."

Could you please tell me more about these changes. I'm not sure what exactly has changed, and why it has impacted production? Or do you mean because older tea bushes have been chopped down? You mentioned that in an earlier post.

I guess I just don't know enough about this particular tea.

Thanks once again for your interesting posts and nice pics.

Billy, I got it from the factory (in Fujian) that makes it tea. I do hope good roasted Tie Guan Yin become easier and easier to obtain when more people love it and more people produce it!

Jackie, I don't know much either and am still learning. The roasted Tie Guan Yin is not well-known even among Chinese Tie Guan Yin drinkers (most of them fancy modern style). The factory that makes this tea got one of the few old tea workers who are expertise on charcoal roasted Tie Guan Yin and they are groping their way too.

Yes as I mentioned earlier, tea tree source can be a problem, since many farmers would rather have new tea trees planted and old tea trees are not "profitable". But there are still some older trees available. Then another problem is, to make traditional Tie Guan Yin, older and bigger leaves are used (while in modern style relatively younger leaves are used). When the factory buys leaves from farmers, they couldn't get leaves suitable for traditional Tie Guan Yin. So they would have to buy and develop their own tea plantations as well as making long-term contract with some other farmers and ask them to provide suitable leaves.

It's a complicated issue. I sometimes have difficulty explaining all this stuff :-p

I tried some as a sample and I do have to say that it is some of the best oolong I have ever tried. So I would say that it is worth sticking to the traditional ways.