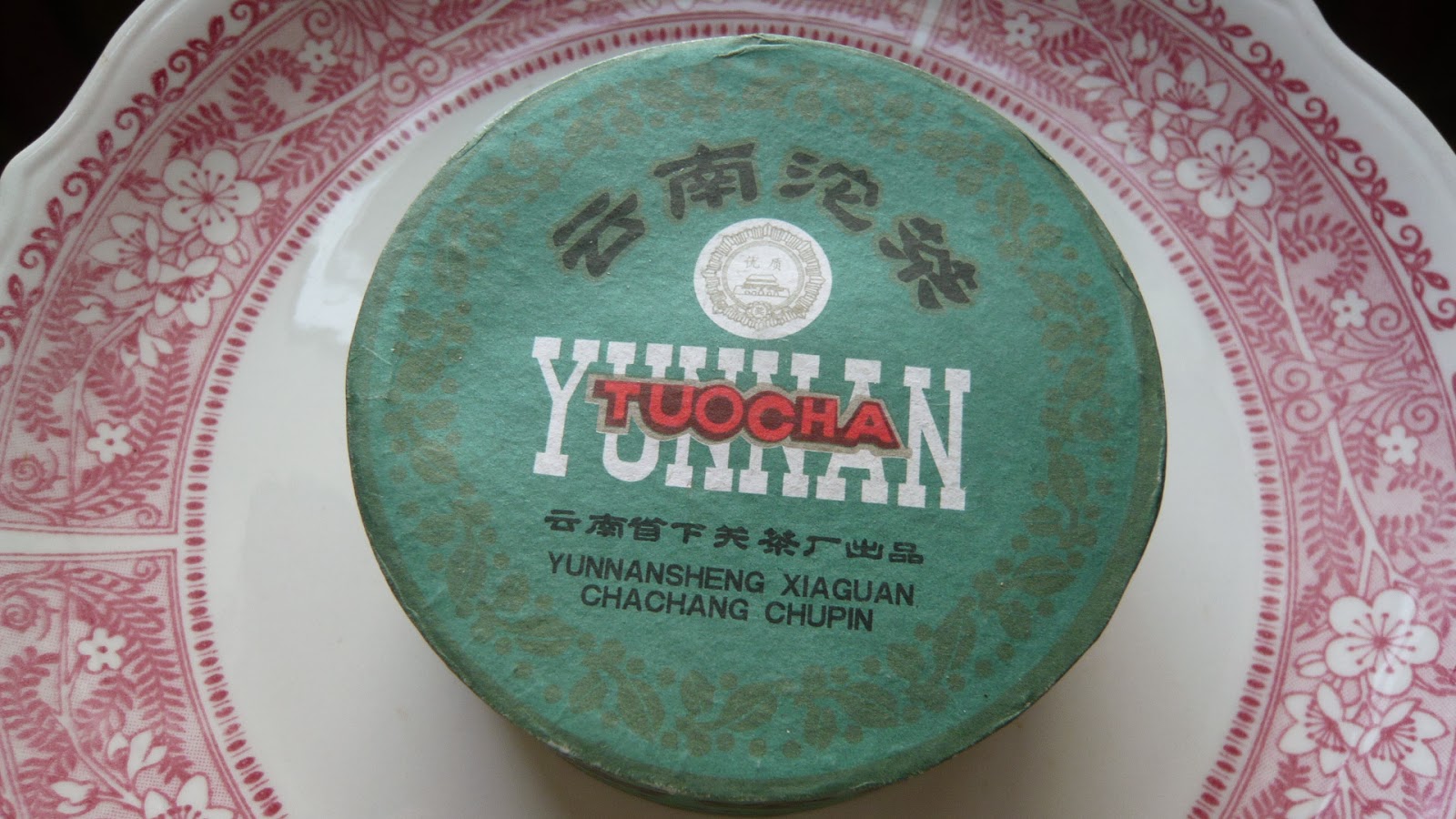 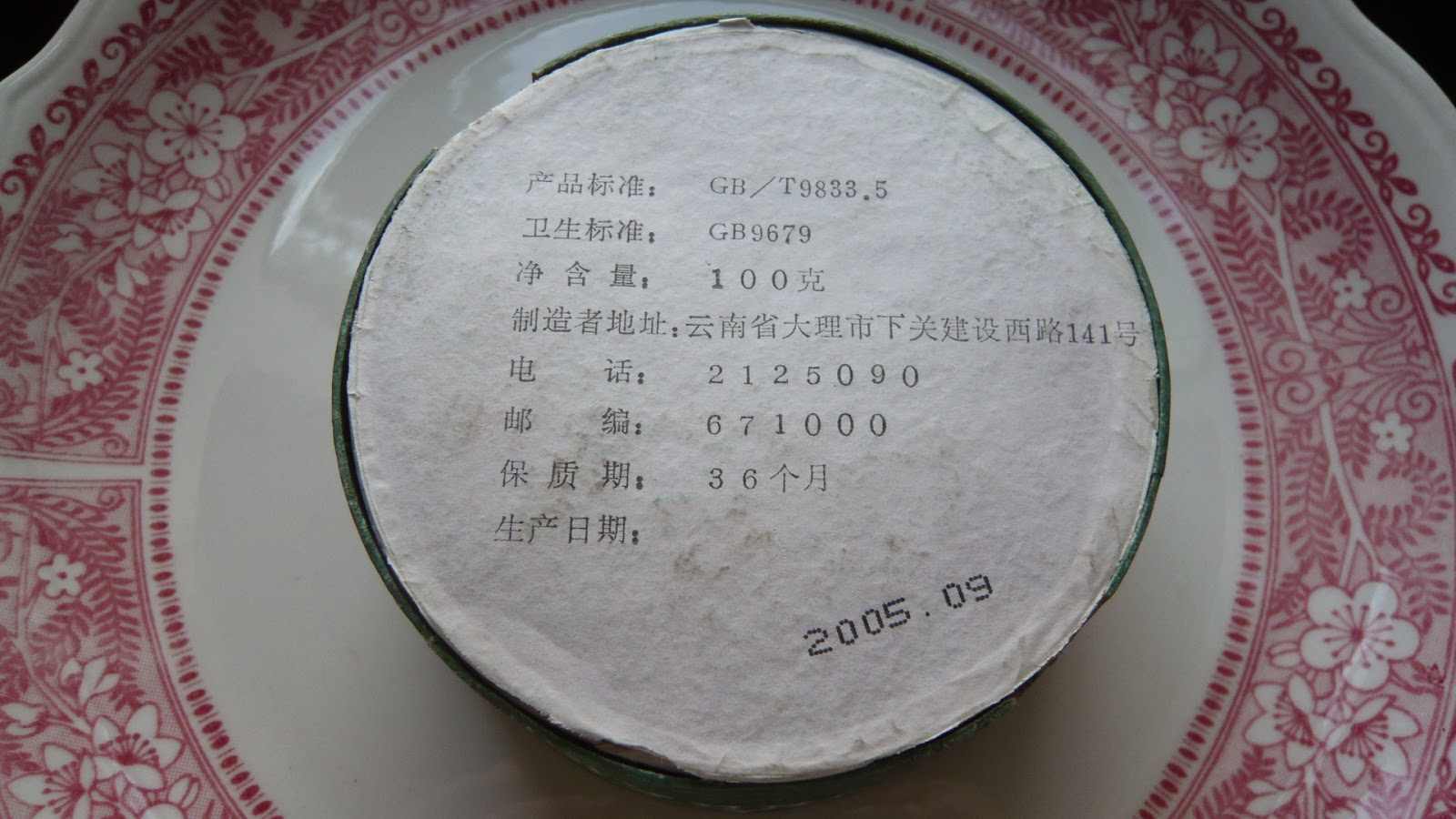 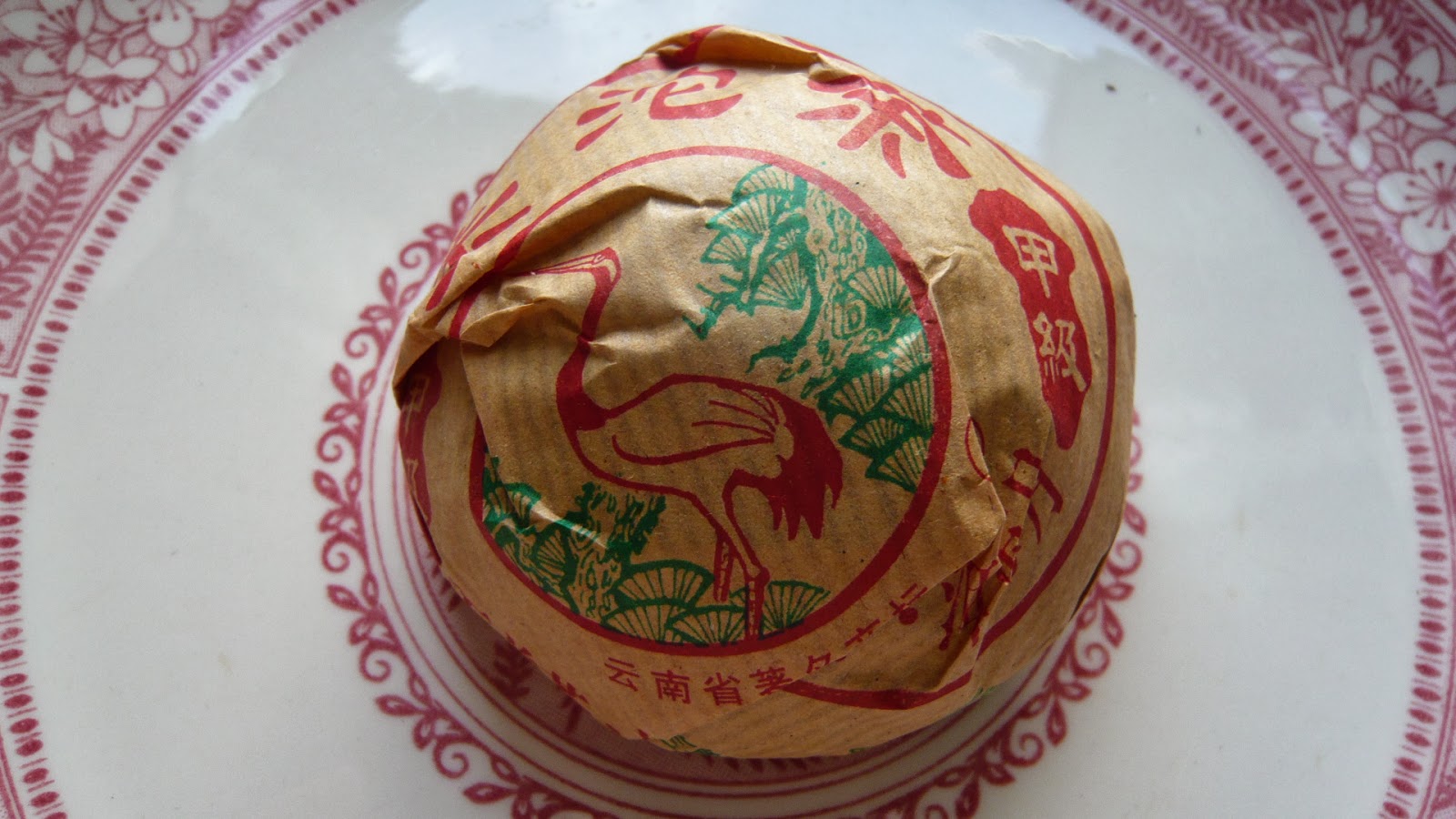 Most Xia Guan tuo drinkers know there are often "gift with purchase." This time it's a little piece of clay (right in the center at the top). 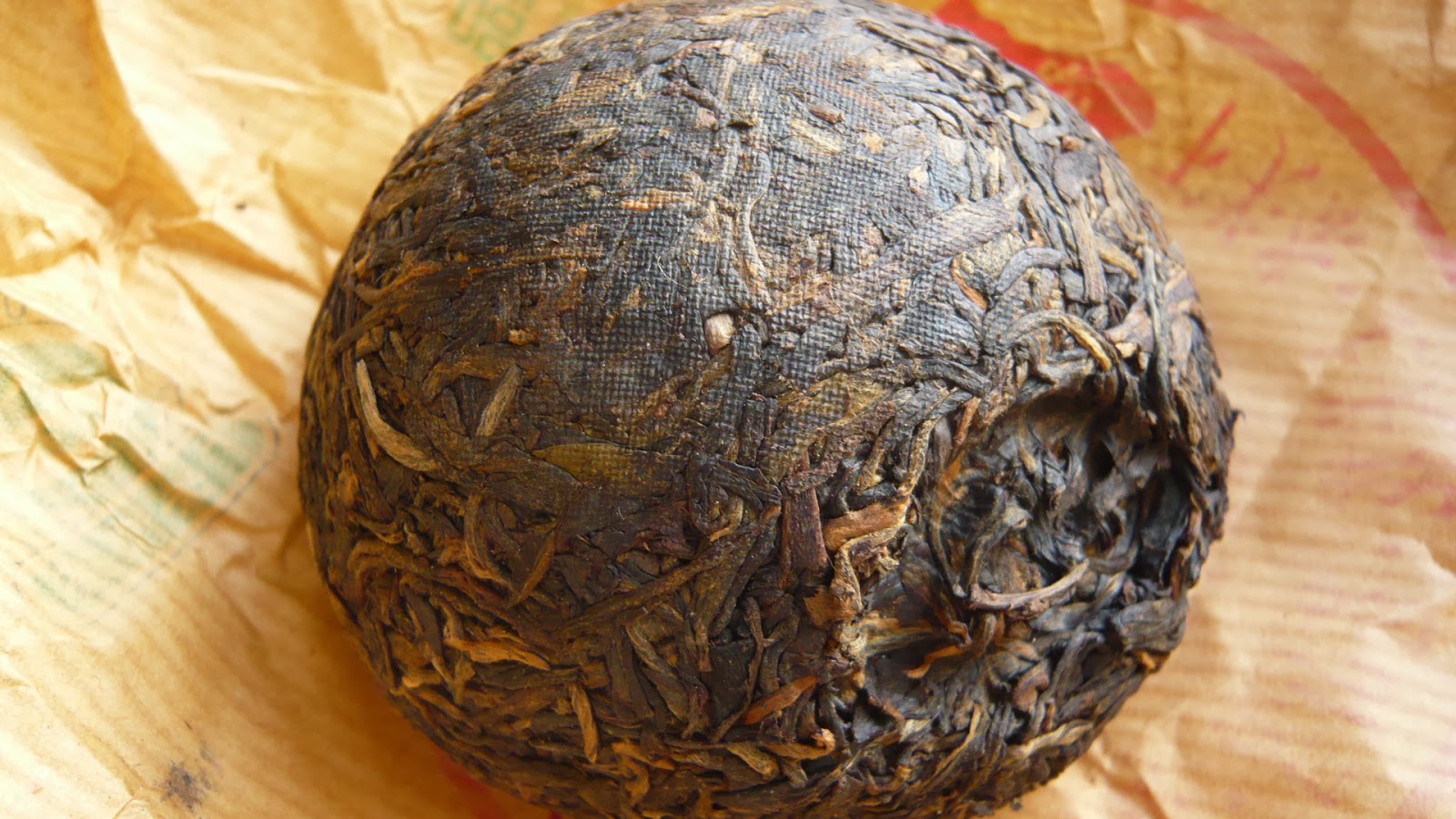 This tea has been stored in Zhuhai, Guangdong for several years. The guardian of this tea has tried all they could to lower the humidity of the storage environment, and Zhuhai is a subtropical coastline city. So the outcome is a clean storage with ample humidity. 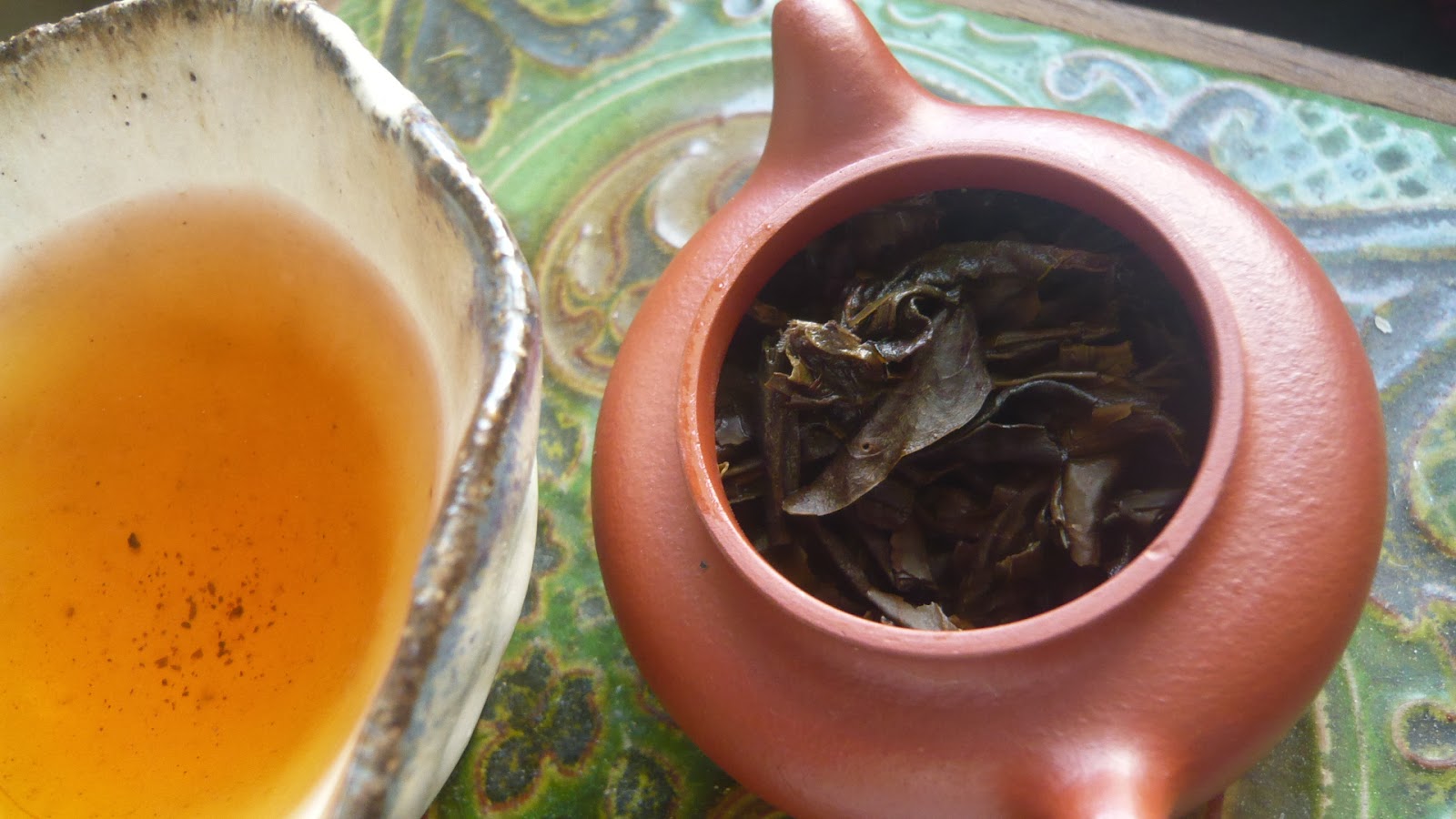 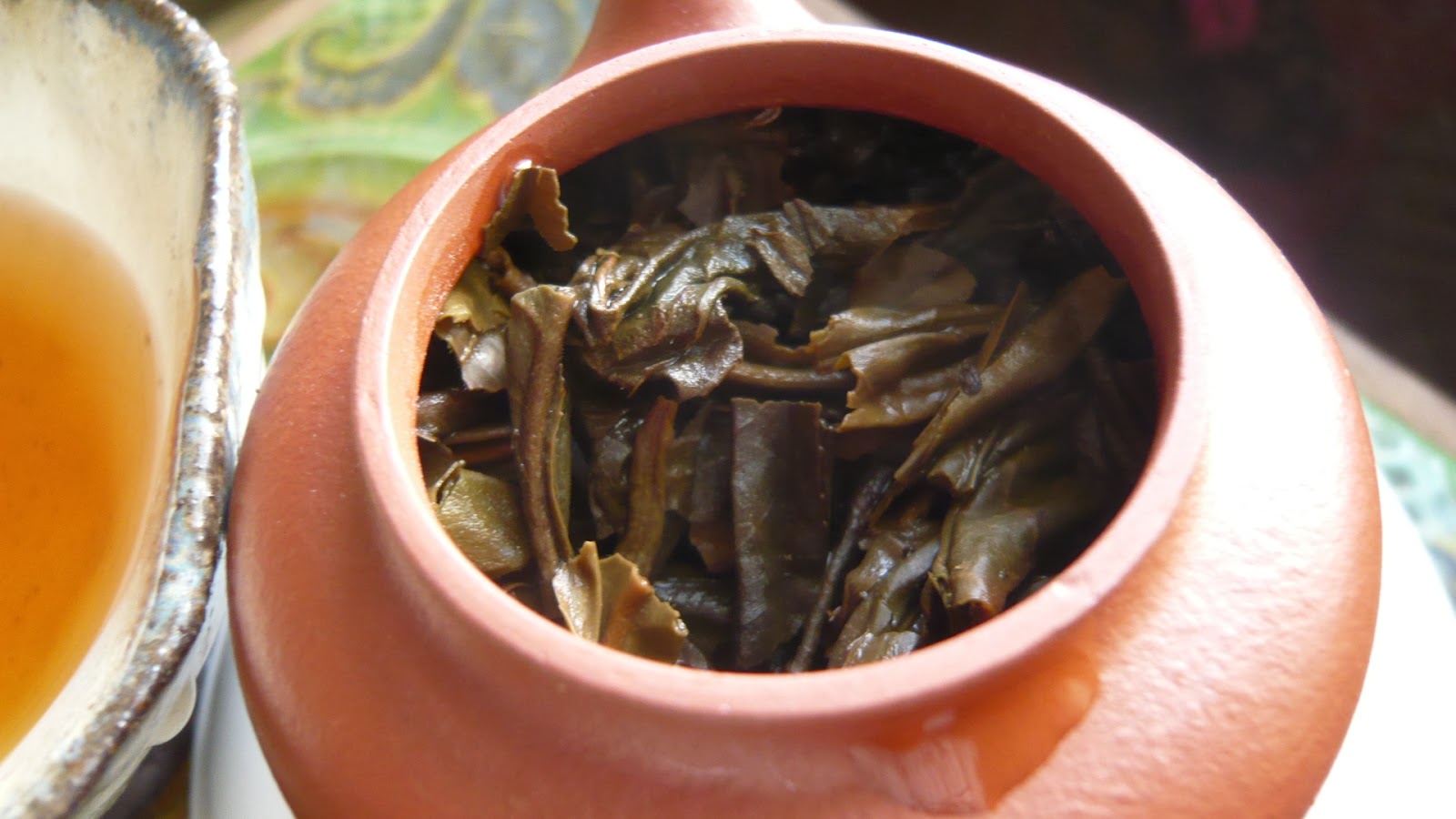 The tea still has some hint of the signature smokey aroma of Xia Guan tuo, but not a lot of it. The liquor has become quite mild and a bit soupy. Overall it's a quite enjoyable tea, and a tea that I could drink a lot without worrying about my stomach.

In my mind, Xia Guan routine tuo products are the stars of inexpensive puerh. I generally don't drink them when they are younger than 5 years old. But after several years, when some puerh that was born in the same year with the cheap Xia Guan tuo becomes trash (you know that happens, not due to storage), Xia Guan tuo is enjoyable, and remains inexpensive, compared with other teas of the same age. On the day that I had this 2005 green box tuo, before and after this tuo, I had several samples of other 7-10 years old puerh teas that were star products since they were born, and made by celebrity tea people. Some of them are fantastic, and some are, not so great, to put it in the mildest way. And all of them are way more expensive than this Xia Guan tuo. Although this Xia Guan tuo is currently over 10 times more expensive than its own price in 2005, it was a lot cheaper than many star products in 2005, and it is a lot cheaper than most of the 9-year-old puerh today. This, I think, is something very interesting about Xia Guan routine tuo products. They are not the greatest tea. They aren't meant to be. But after some years, they become nice tea, and they could beat many teas 3 times of their price, hands down.
at 5:43 PM

I applaud your bravery to try this mix. Looks delicious. Where did you buy it?

I visited your blog for the first time and just been your fan. Quite informative post. I Will be back often to check up on new stuff you post!
listing Tea Businesses

The older the taste, the Cheap Ceramic Teapotsmore connotation, people so, so is purple sand! On preAuthentic Purple Clay Teapotsent artwork auction market, a lot of Tibet friend like to collect t