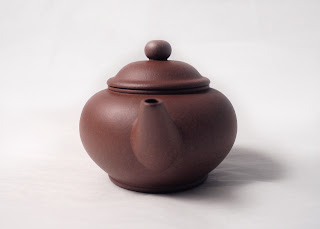 As for tea, it seems that most (probably puerh shouldn't be included) top grade teas have got cheaper, after the monetary discounting of the past 20 years... It does sound somewhat odd!
at 5:44 PM

The guy gave glowing reviews to The Mandarin's Tea Room. Would'nt be surprised if he somehow works for them. Seems that he has scurried back into the hole he came from.

Hi Cloud, Thank you for sharing my indignation. I think that guy should be responsible for his own behavior and fraudulence and I wouldn't blame anybody else for it.