This just reminds me of my terrible procrastination...

I started this series in 2011. Taiwan "Style" Oolong (0) is here, explaining why I'm interested in them.

Taiwan "Style" Oolong (1) is here. I wish I had finished writing this part (1b) much, much earlier, before the close-up of the late Chicago Tea Garden run by Tony Gebely, so that some people could have grabbed their last Zealong at a very good close-up discount price. In fact, I wish I had grabbed some myself, as these teas (even including Zealong pure) have quite long shelf life and the prices were great. But I was fully occupied by other non-tea stuff and didn't manage to do either of this. Though I did remind quite a few people of the good deal in various conversations.

Meantime, please let me know if you know of any good sources for Zealong with good prices! Prices are important to me. I know Zealong is good stuff and have no doubt about it. Price is the key factor in my tea purchase for Zealong. Last time I checked, Ya Ya Tea House of New Zealand carries Zealong products. And I don't know if there still are USA sources of these oolongs.

So here is what I think about Zealong Dark and Zealong Pure.

Dry tea leaves. Although it's called "dark", it's not that dark from dry tea leaves to tea liquor. The tea is made with certain degree of roasting. But the purpose of roasting is not to make it "dark", but to let it reach the best level of taste aroma. The tea processing is "tea centered". It's not like that the producer decided "today we make a darkly roasted tea". How the tea is roasted, depends on the tea. 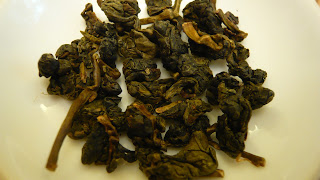 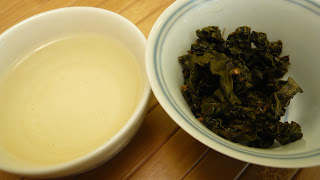 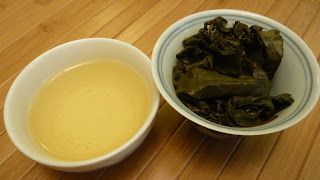 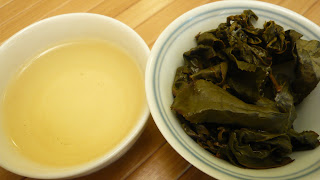 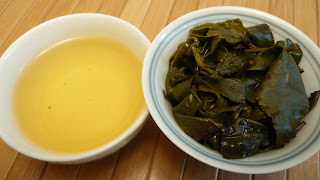 It didn't have to go to 10th infusion though. I'm often thrifty on tea drinking and tend to use the last drop of it. But I don't judge a tea by the number of infusions (I feel I need to clarify it here because some people do seem to give a tea higher score when they get more infusions from it... but on the other hand, you could often get more infusion by using more tea and less water. So to some degree, scoring a tea in this way is a biased method, I believe.) 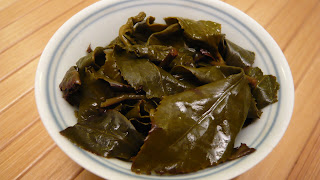 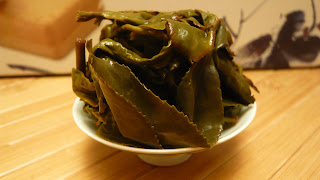 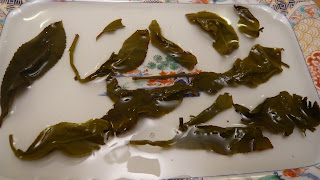 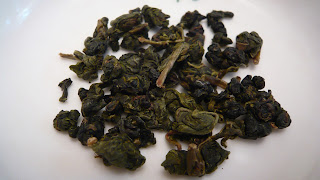 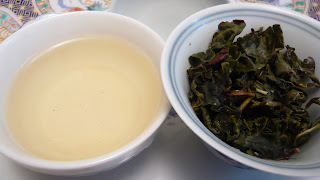 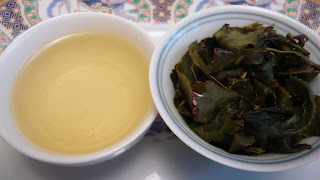 I didn't take more photos of Zealong Pure because as previously mentioned, they are already documented by Matcha and Sir William, and their photos are much better than mine. Sir Williams documentation includes all three Zealongs from the same year (2010?) as mine.

1. Comparing the leaf material of the three tea, we can clearly see that the youngest leaves were used for Zealong Pure, the oldest leaves were used for Zealong Dark and the middle level was for Zelong Aromatic. This is not necessarily the rule for all oolong. But it reflects that the processing style of the tea was coordinated with the characters of the leaves. To process a tea based on the characters of the tea leaves, I believe that's the spirit of artisan tea making.

4. The Zealong Pure, although the "greenest" style among all three, doesn't look as green as some other modern green style oolongs. The purpose of green style oolong processing is to maintain the natural, fresh leaf aroma by controlling for lighter oxidation level. But it's a commonly shared idea among a lot of great oolong workers (Taiwan oolong and Fujian oolong all included) that "green" is not the ultimate goal, and even green style oolong should have a right level of kill-green (enzyme dis-activation process) and right level of oxidation. Although I say this is an idea shared by great oolong workers of both Taiwan and Fujian, I feel the idea is much better implemented in Taiwan. Although some Taiwan oolongs could be "too green" for my value system, Taiwan oolong competitions don't favor the "greenest" style. A commonly quoted standard of Taiwan competition tea is "golden yellow and honey green" (金黄蜜绿). This is in contrast with the "green liquor" （绿豆汤色）and "light green liquor" （白水观音）standard from many Fujian Tie Guan Yin competitions.

5. The Zealong Dark, although the "darkest roasted" among all three, doesn't look as "dark" as some other roasted oolongs. The purpose of roasting is to induce the best aroma from the tea leaves. It's also a common idea shared by a lot of great oolong workers (again, Taiwan oolong and Fujian oolong all included) that "getting the tea dark" is not the ultimate goal of roasting, and a favored tea is dominated by tea aroma but not “fire flavor”.

6. The spent leaves of all three styles of Zealong show that they are very carefully made. The producer of Zealong holds very high standards for tea cultivation and tea processing. I think Zealong is quite expensive, but the price is not unreasonable with this level of work.

7. If drinking these teas and some Taiwan-made Taiwan oolongs side by side and blindfolded, can I tell which is which? Well, if there is a large difference in elevation levels of the production site, probably it will be largely revealed in the taste of the tea. But if it's a blindfolded comparison between Zealong and Taiwan oolong of similar processing styles from medium elevation level, I don't think I could tell which one is from Taiwan. That's something very intriguing to me about Taiwan "Style" oolong. I don't think I could easily tell which one is from Taiwan, which one is not, among two equally well made teas. If some people claim they could easily tell, I would say, let them go blindfolded test first :-p

8. In the above discussion, I was hypothetically comparing Zealong with Taiwan oolong from medium elevation level. This is actually related to something else about Zealong that amazes me. I tried to look up the elevation level of Zealong's production site, and it seems an almost ground-level place. I always think elevation level is one of the most important geographic factors for tea production. Most of the best Taiwan oolongs are from much, much higher mountains than the production site of Zealong, which can hardly be called "mountain" at all. But the quality of Zealong is way above what I would have predicted just based on its elevation level. I think it's quite amazing, and don't know how they did it. Well, no matter how they did it, they didn't do it fast. From what I read about Zealong, the tea wasn't put in the international market until 15 years after the establishment of Zealong plantation. Sometimes, "taking time" is part of the secret recipe.
at 3:39 PM