my father's first encounter with Lipton 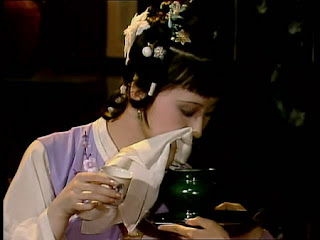 My father's experience is shared by quite a few, though not a lot of, people of his age. At the time, my father was more confused than anything else. But looking back now, we all think it's quite funny.

In 1980s, China's economy was just starting to open to the world, development was fast, and new things came out every day. My father was working in the first American-invested hotel in Beijing as the manager of restaurant department. It was a vacuum period for restaurants in many cities of China. Most of the best restaurants were in high end hotels. A typical high end hotel, such as the one my father worked in, could have up to seven, eight or more Chinese restaurants in it, plus one or two western style ones. So my father was in charge of restaurants in their hotel, and part of his job, is checking out good food in various places of China.

Once my father attended a banquet in Shanghai, exclusively for professional epicures like him. They had course after course of exquisite dishes. At the end, waiters brought green tea in large cups, for mouth washing. The tea was fresh Long Jing. Using tea for mouth washing was never a big trend in China. But my father and his colleagues swiftly followed the procedure, as every Chinese intellectual must have read the most influential book in Chinese literature, The Story of a Stone (also named A Dream of Red Buildings/Chambers, which, I think, is a bad English name for the book), in which the mandarin family uses tea for mouth washing after each meal. My father thought the mouth washing ritual was fine, but it was annoying to him that fresh Long Jing was abused in such a way. Any cheap, fresh green tea would have served the same function well. In his traditional value system, there is nothing bad about luxury, but purposeless wasting is a totally different story.

After the Long Jing mouth washing, they were served tea, this time, for drinking. The waiters brought beautiful and elegant bone china cups with matching saucers. In each artistically made cup, there was the (said to be) highest grade Lipton black teabag, the supposedly great tea to end their grand meal. My father is a green tea drinker in his entire life. So he took the Lipton tea as a "foreigner's tea"experience. That was his first encounter with Lipton, so was most of his colleagues. However strange it may sound today, back then, none of them was shocked by the Lipton teabag after a fine meal and Longjing mouth washing. They were only a bit confused.

That was in 1980s, when hotels and restaurants aimed at serving uprising elite class of China and foreign tourists. A lot of strange things came out with big price tags, simply because there were people willing to pay for them. It was also the time when the finest imported French white wine was mixed with Sprite (yeah, the Coca Cola company product) to serve in expensive restaurants.

Many of those strange things gradually disappeared when Chinese people saw more of the outside world, and when a lot of rich people were enlightened on better ways to spend their money. In recently years, my father's Lipton story comes up to my mind from time to time, because only in recent years, I've realized Lipton has always been such a big deal in China. Today, few Chinese would see teabags as high-ranking or fancy, but simply convenient way of tea drinking. But it shocked me, again and again, to hear some Chinese tea professionals talking about the admirable business achievements of Lipton. They say, With so much tea produced annually, why hasn't China ever had a company like Lipton? China needs its own Lipton! In addition, I've seen lengthy articles (written by tea professionals) about how Chinese tea industry needs to strengthen itself to realize its "Lipton dream"...

Maybe I am not the only dumbfounded?

To think that such a brand would be held up as the best available, but at that time it might've been the only black tea many Westerners knew, as well.

Am curious if your father ever grew to appreciate any black tea.

My father has never gone beyond green tea. But my mother ventured into oolong in her late 50s or early 60s :D Before that, she had green tea only.

In line with that, I was in a very Korean grocery store. It had an aisle of American foods. With few exceptions, none of the products were foods most people of any discerning taste would eat or drink, unless they were feeling nostalgic. But then, many of us think that Chinese cuisine is canned Chinese vegetables with some chicken added.