This is a tea with CNNP brand label. Many CNNP products, such as this one, are from unknown factories - CNNP is infamous for contracting out a lot of its production. Generally speaking, this is bad. But on the other hand, it does allow some opportunities for good small factories to contribute. 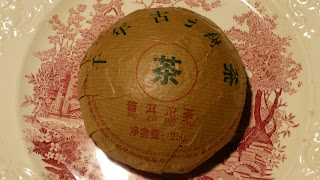 The label says "thousand year old tree tea". But of course I have no way to tell how old the trees are. 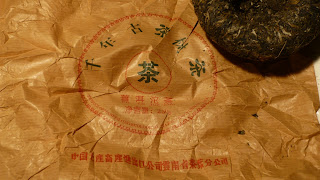 The tea leaves are of very high quality and the tuo is well made. I forgot to take a photo of tea in a cup. 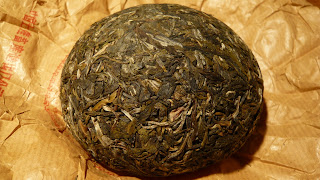 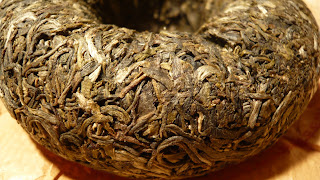 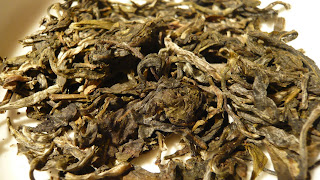 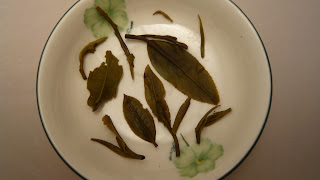 I like this tea very much. It's not as aromatic as some other sheng, but it has very long lasting aroma and sweet aftertaste. Its flavor also feels heavy enough to further develop in future years (but this, is just my guess, because I don't really have a methodology to know how it will develop in future years).

This tea is nothing novel. I include it as a Concept Tea mainly for fun :D What causes the question mark after puerh in the title is, the tea leaves in this tuo are from Myanmar. According to the National Standards for Puerh (defined by some official documents in recent years and summarized here), "Puerh is unique geographically-patented products of Yunnan. It is made with Yunnan big-leaf tea tree cultivars grown in locations that are qualified for puerh production regions." Of course Myanmar is not one of above mentioned "puerh production regions". But does it make this tea non-puerh? I believe most people's answer will be "no" - we can't say it's non-puerh just because it's produced out of Yunnan. This tea looks 100% puerh to me. Ecosystems extend above country, province and county borders. This is one of the reasons why many people challenge the idea of geographic patent of tea.

Another relevant example is the village of Gua Feng Zhai, a rising star of Yi Wu region, sitting inches away from Laos border. Traditionally, people in Gua Feng Zhai set up their toilets on trees. There is a local joke saying that it's not uncommon if you climb up a tree to empty your bladder and find yourself on a tree branch in the air of the Laos side of the border. Gua Feng Zhai produces very high quality puerh. But I guess it's not because the tea is produced on the Chinese side of the border. It's not likely that the Laos side of the border doesn't grow any tea trees, and it's not likely that the Laos tea trees are in any way different from those on the Chinese side.


In these cases, I guess most people believe the tea should all count as puerh, no matter in which country the tea is made. But there are more debatable cases and more complicated questions on the geographic patents of other teas, such as Xi Hu Long Jing, An Xi Tie Guan Yin and numerous Taiwan oolong products raised in Fujian (or Vietnam, or Thailand) by Taiwanese tea farmers.


Something else interesting about this 2008 CNNP tea is, it was made in 2008, the so called "sequela year" of puerh. Not that every puerh from 2008 is bad. In fact there are some very good ones. But 2008 was the year when, after the puerh madness of 2006-2007, many tea trees were over-harvested and started to yield poorly. I don't know if that's why CNNP got these tea leaves from Myanmar. But even compared with tea leaves from better years of puerh, these leaves are very good and have been carefully processed. I guess, it's very possible that Myanmar, being out of the puerh madness center and with lower labor cost, can produce much higher quality of tea than tea produced in Yunnan with comparable cost.
at 4:42 PM