I wonder how many people are drawn in this post by "Gossips!" :-p

Tea first... unless you want to fast forward to the page bottom for gossips...

Cute package! I got this tea for around $16 (don't remember exactly) from puerhshop.com back before the international shopping age. At that time, actually international shopping was already possible and started to be more convenient, and I remember seeing this tea cheaper on taobao (not a lot cheaper than $16 though... how much lower can it get anyway...). But I remember I was very much attracted by the package of Puerh Shop's offer, which is a Taiwan market version, with individual package for each mushroom! The mainland market offer has traditional bamboo shell package for each 4 mushrooms. On this one, I choose individual package over traditional package. The wrappers of the tea are two separate ones for the mushroom head and for the handle. It's not only cute, but also convenient.

Talking about western vendor mark-up, even without the wrapper difference, this is a typical case that even if I could buy for less from China, I would rather enjoy the convenience and buy from a trusted American vendor. 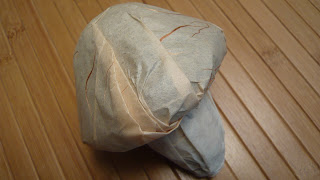 The tea is nicely made and clean. Well we know puerh is sort of a rough tea and we allow it to be a little dirty. But being clean and having nice leaf shape is always a bonus! 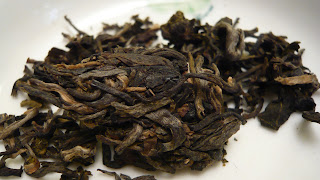 The taste is a little lighter than most Bulang tea, which is not a bad thing for me. 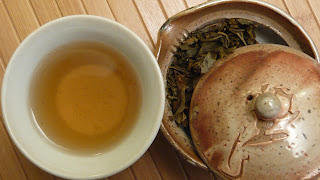 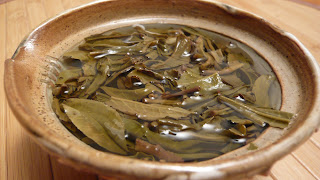 This tea is in the "Mr. Chen's Tea" series of Changtai, which is supposed to be a series that are taken pride of by Changtai's owner.

This is a tea that I wish I've got more (the Taiwan market nice wrapper version!), as it disappeared from Puerh Shop website some time ago. While it was on the webpage, I remember there was a photo of this product of somewhat special shape (since each mushroom is hand made, the shape varies a little), which is absolutely cute, and I wish I had saved a photo of it...

I haven't shopped at Puerh Shop for a while, as I'm barely buying any tea from within the States. But I enjoyed my shopping experience there very much and think the prices are very reasonable - even as a savvy shopper who knows all tea prices in China :-)

After I started selling puerh, I would take a look at other web stores from time to time, just make sure my stuff doesn't have much overlap with theirs, because, you know, there are countless teas in this world, and there is no point selling the same stuff as others. Puerh Shop is one that I would take as a reference because they do have a broad range of unique offerings, and they are one of the not so many puerh sellers that give clear wrapper photos and manufacture information.

About Changtai, many people know that Changtai has experienced some ups and downs in the past several years. Besides all problems common to many puerh companies around 2007 (over-optimistic, over-exploitation, over-investment, spreading too thin...), Changtai got extra problems that almost took it to bankruptcy.

In 2007, Changtai ran a whole page advertisement on Puerh and Teapot, a Taiwan magazine, with a big warship. I guess they meant to indicate Changtai's business strength. But soon it was recognized by many Chinese WWII fans that the warship on Changtai's advertisement is exactly the same a famous Japanese warship in WWII. The comparison photos and discussions were posted by numerous tea blogs and online tea forums and the wrath was built up very fast.

Just to be cynical, maybe some of Changtai's competitors helped promote the nationwide rage against Changtai. You never know... But in China (and I guess in Korea and some other Asian countries too), WWII is a painful historical period, and a company is not supposed to put a Japanese WWII warship into the face of their customers.

I personally don't think Changtai has any political intention in their advertisement. Why would they anyway? I believe many tea drinkers would soon forgive their advertisement error if they just admitted it and apologized to tea drinkers. After all, back then, not many tea manufactures made serious and clean products of big tree puerh. But somehow Changtai's response was rather lame. In my eyes, it's not anything political, but rather a public relation disaster. Changtai announced that they didn't have any intention to use Japanese warship to symbolize their company (that I guess most people would believe), but they refused to give sincere apology. Changtai's attitude was pretty much interpreted by many Chinese tea drinkers as its arrogance toward tea drinkers. Hence started a multiple year movement of boycotting Changtai. Up till today, not all vendors who have pre-2008 Changtai products in inventory dare to put them in the market. Some sold them out for lower prices, and some hold the tea in hope that one day the boycott would fade and the tea would be more valuable. The recovery of Changtai's reputation, I think, is totally possible, especially after some early 2000s Changtai Yiwu started to turn out very good in recent years.

I personally never boycotted Changtai (I don't go into any sort of boycott easily...), but I do think their public relation problem as well as some other tea-related problems affect my enthusiasm on them.  If million's of people are angry about a company for its own fault, and if the company still tries to stay cool and don't show people some tears (even alligator's tears would be better than nothing!), then I would interpret it as arrogance too.

In recent years, when Changtai came back to the market, their tea has been very expensive anyway, so I didn't spend much time considering them. On the other hand, I do believe they have relatively sincere attitude in tea making, compared with many other large companies.

So how did Changtai manage to survive the 2007-2008 puerh crisis? A friend in tea industry told me that Changtai went to invest in Maotai (an expensive Chinese liquor) business and manage to maintain the cash flow. You know, eating and drinking are the most important business in China. One won't go bankruptcy if hanging on within the loop of eating and drinking :-)
at 1:25 PM

Where did you get the lovely shiboridashi in this post?

Hi Lauren,
The shibo was from Petr Novak:
http://potsandtea.blogspot.com/
He is one of the favorite teapot artists among my tea friends here! Check out his blog and website please!