Going through the statistics of this blog, I've noticed that the tea calendar is one of the most popular posts. Although I understand people are keen to learn about tea harvest time line, I was a little surprised to see people's vast interest in that calendar, as I feel I've made it rather geeky and dry :-p

Then, the other day, I was fascinated by a douban (a Chinese social network focusing on books, movies and culture) friend, 青简's photo album of the 24 solar terms. It's absolutely beautiful! For people who are not familiar with the 24 solar terms, these pictures tell all!

All these pictures are taken by 青简，a woman photographer who takes photography merely as a hobby. To tell the truth, I always feel pictures like these are much more enjoyable to me than a lot of million-dollar pictures I saw in some galleries and auction houses. But admittedly, I am a layman and know nearly nothing about arts. So I dare to give silly comments aloud :-p Some of my professional artists friends wouldn't say things like that. Sometimes they wouldn't say it because they have better understanding of arts than I do. Sometimes they wouldn't say it because, as I suspect, they simply want to be polite :-p

China is a large country, just as there are quite a few different climate zones in the States. Some of the pictures in the photo are typical of southern China, and some are typical of the North. However, majority of the Northern Hemisphere share a lot of similarities in the solar terms features. Currently in my life in New England, I observe the 24 solar terms all the time, and would feel somewhat lost if I can't find a Chinese calendar at the beginning of a year. In fact, some of the solar terms, such as solstices and equinoxes are featured on most western calendars too.

Here are 青简's photos, starting from Li Chun (Start of Spring). The sequence is the same as what I've put in my tea calendar. Additional notes are available in the tea calendar if you would like some more references. But, like they said, a picture is better than a thousand words! 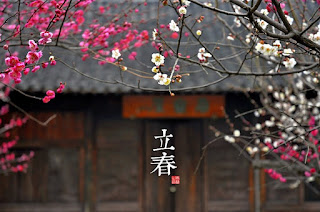 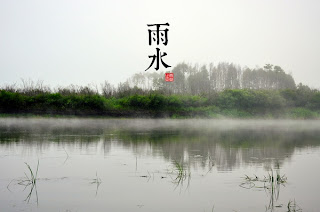 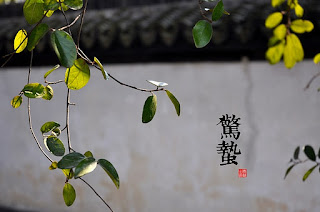 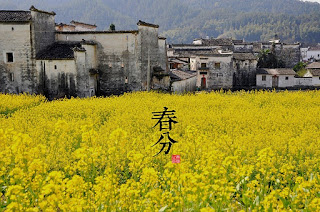 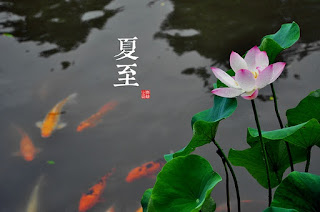 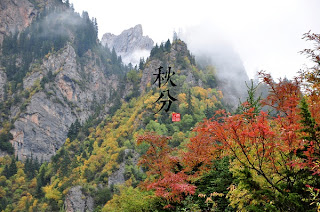 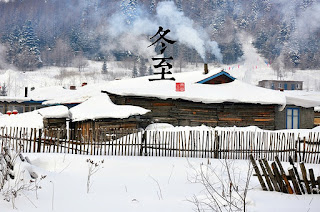 It's interesting to me how certain aspects of the landscape in these photos looks so familiar and similar to the landscapes I experience around me with the changing series, here in the Mid-Atlantic of the U.S., whereas other aspects look radically different.

Sometimes I wonder about too with the differences I see in photos of other parts of the region, taken by photographers native to these regions, is how much of the differences are attributable to cultural differences in what people choose to photograph and how they compose their pictures.

I wish someone would bind these pictures into a book or a calendar, I'd buy in an instant. =)

The postcard set (24 cards in one set) for the 24 solar terms is out now! I'm going to get myself a set or two! Please let me know if you would like to buy it. It's sold for 36 rmb in China. With the share of shipping cost and other currency cost (exchange rate, paypal charge, etc.), the cost of each set will be approximately $8, plus $3 US domestic shipping for each package. I will chime it in my next tea stuff shipment, so there will be about 6 week's waiting time.

Oh dear seems I missed your reply for a long long time! So sorry about that but yes, yes please, I'd love a set of postcards!

I live in Sweden so I'm not sure how we'd go about it regarding payment and shipping etc but I'm open to suggestions! :)

Hi Sparris, the postcards were printed in small amount and were sold out before I got any for myself. But I heard the photographer makes the image files available for free for people to take as screensavers. I will look into it and let you know :-)