Huang Jin Gui is one of my favorite oolong cultivar. When it was first introduced to market in mid-1800s, it was also called Tou Tian Xiang (透天香), meaning its fragrance soaring to the sky. Its fragrance is similar to that of osmanthus flower, and the tea liquor is a golden color, hence it's named as Golden Osmanthus.

Huang Jin Gui is harvested around early April. This year, the early March cold current killed buds of a lot of Huang Jin Gui tea bush. Therefore I didn't get any spring Huang Jin Gui of this year. Fortunately, I still have some of this tea from last autumn and the past winter, one of them is traditional green style and the other is modern green style (less oxidized than traditional style). I am very much pleased by this winter Huang Jin Gui. Usually, it's not super hard to find inexpensive and good Huang Jin Gui, because a se zhong (non-Tie Guan Yin southern Fujian oolong) can easily beat the quality of a Tie Guan Yin with twice the price, due to the relatively high price for Tie Guan Yin. But meantime, it's not easy to find super good Huang Jin Gui or other se zhong oolong, because not many people would put a lot efforts on inexpensive products.

Autumn tea, traditional green style. When I first sipped this tea, I wasn't impressed with its fragrance. Sometimes, when drinking a southern Fujian oolong, we just can't help expecting some great fragrance. This tea doesn't have the explicit fragrance in the first a few infusions. I thought it was very comfortable to drink, but not super exciting. After a while, when I reached the third or fourth infusion, I suddenly experienced a sweet and smooth taste. It wasn't explicit aroma, but very tasty. Traditional style oolong sometimes release aroma and flavor more slowly than modern style oolong, and therefore the best tastes sometimes come from the third to fifth infusions. Besides, traditional style tea usually is very good at causing sweet aftertaste in the drinker's mouth. Then by the time of the third or fourth infusion, the taste is positively influenced by the sweet aftertaste built up in the drinker's mouth. 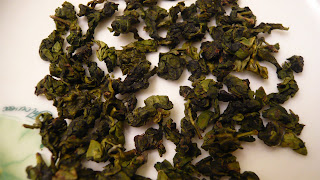 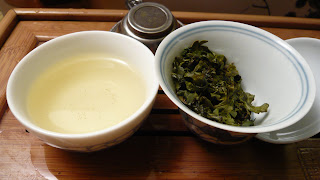 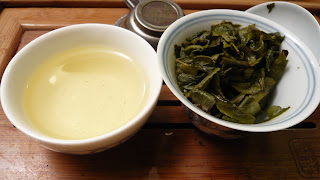 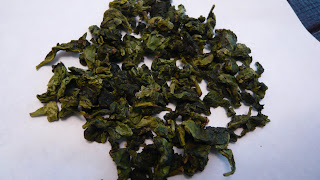 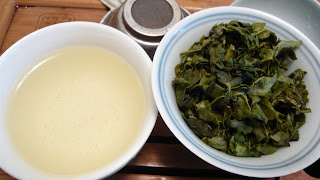 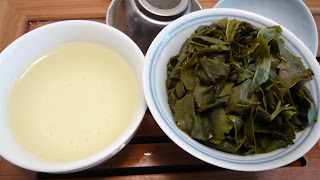 I always appreciate your tea discussions. I feel like i learn a great deal. Thank you.