Before this cake, I hadn't bought any Dayi products in recent years, except for getting several cakes resold by other tea drinkers. And I don't usually follow Dayi's news. But I had been wanting to try this one, partially because a tea friend of mine said that if the price drops and gets lower than 200rmb, he would buy this tea in bulk - I thought that's a very positive evaluation because 200rmb (~$30) is still not cheap for a new shu made of plantation tea.

My overall impression - I think the tea is pretty good. Besides, the tea confused me a bit (will explain below). Is it worth of its price? It's hard to say. It seems a good tea, but there are too many other options out there. If compared with another high-profile Dayi new product, Early Sping Arbor sheng (早春乔木), this tea seems a much better purchase option to me, at least it's drinkable now and it's not a tea called "arbor" that's obviously not arbor :-p 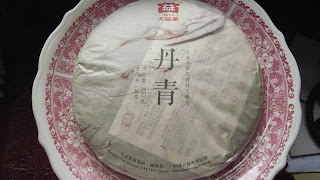 The tea is largely composed of younger tea leaves, which I like. For shu, I generally favor those made of younger leaves. 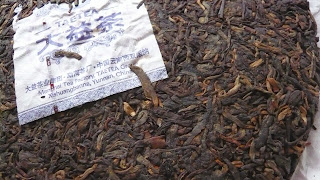 The cake smells a little fishy, but not to a level of pushing me away from it. Usually I wouldn't drink a Dayi new shu but this tea is advertised as immediately drinkable - for good or for bad. 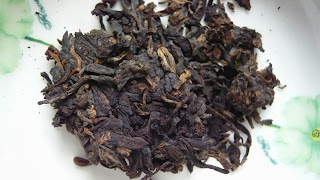 The tea doesn't taste any fishy. So I guess it could be called immediately drinkable. The taste is pretty good with depth and complexity. But I guess the tea could significantly improve in a few years when it "settle down". 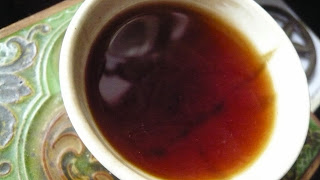 And here comes the confusing part. The tea has significant "precipitation", more than what I would expect from even a newly-pressed shu, although most newly-pressed shu would get tea liquor short of clarity. The bottom of the tea bowl looks quite "muddy". It doesn't prevent me from enjoying the tea. But still it looks strange. It doesn't exactly look like the "cream down" effect (冷后浑), but "cream down" could have contributed (only partially) to this "precipitation". 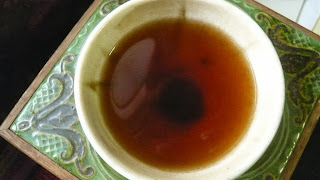 The spent leaves feel soft and muddy too (color biased due to light at night). I have to admit that I mindlessly left the spent leaves in the empty teapot overnight (very often I forget to clean the teapot on the same day of use), and the leaves might have got even softer during the time. But still, they are surprisingly soft and muddy. I also looked at spent leaves photos taken by several other tea friends (who wouldn't leave their teapot uncleaned overnight). Their spent leaves look better than mine but still unusually soft. I don't know what this means. 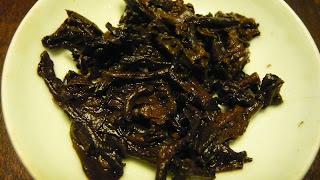 Rumors (not from official source) were this tea was made of sheng and shu blended. Obviously it's not.

Some Dayi shu could get really amazing after a few to several years. I don't know how this one would develop.
at 5:44 PM